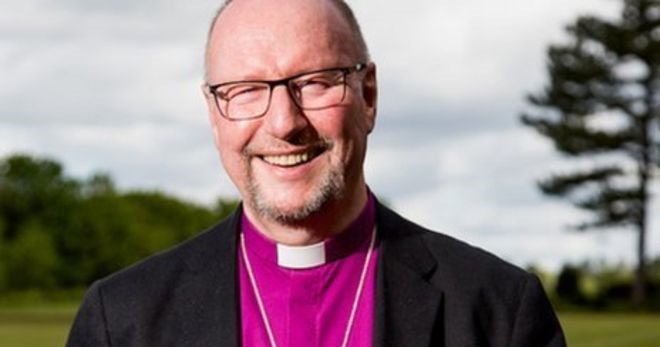 The Rt Revd Paul Bayes is to Chair the Ozanne Foundation, a new charity that will work with religious organisations around the world to eliminate discrimination based on sexuality or gender.

The Charity’s Director, Jayne Ozanne, is a well-known activist within the Church of England and has led a range of initiatives over the past two years to help ensure the Church embraces and celebrate the equality and diversity of all.

Bishop Paul chairs an influential group of ten trustees from across the church traditions, which range from the Dean of St Paul’s, the Very Revd David Ison, to the Editor of the Church of England Newspaper, Colin Blakely.  A Council of Reference brings together some of the most outspoken names on LGBTI rights within the Christian Church – including Revd Steve Chalke of the Oasis Foundation, the Very Revd Prof Martin Percy, Dean of Christ Church, Oxford, Ben Bradshaw MP and the Dean of St Albans, the Very Revd Jeffrey John.

Speaking about his decision to chair this new foundation, the Rt Revd Paul Bayes said:

“The Church of England has committed herself to what our Archbishops have called radical new Christian inclusion, and has publicly stated that we are against all forms of homophobia.  If we mean this, and I believe we do, then we need to find appropriate ways of welcoming and affirming LGBTI people who want their love recognised by the Church.  I have long been an admirer of Jayne Ozanne’s strong clear advocacy for LGBTI people and other groups who have suffered hurt and abuse – not least at the hands of the Church – and I believe her work should be actively supported and encouraged.”

Based in Oxford, Ozanne has shown an impressive track record in galvanising senior Anglicans to come together to speak out on behalf of the LGBTI community.  Last summer she led a Private Member’s Debate in the General Synod that resulted in the Church of England calling on the government to ban Conversion Therapy.

“I am thrilled that so many personal friends have felt moved to come together to support my work, and am excited about what this new opportunity might mean.  I know that together we can work to ensure that all are fully accepted and celebrated for who they have been created to be – after all, the core of our faith commands Just Love for all!”