The Guardian broke the news of the launch with an exclusive interview with the new chair, the Rt Revd Paul Bayes, Bishop of Liverpool, on December 28th 2017

The BBC incorporated it into its Daily News bulletin during Dec 28th 2017 and this was then featured in the Radio 4 Today Programme News at 0800. 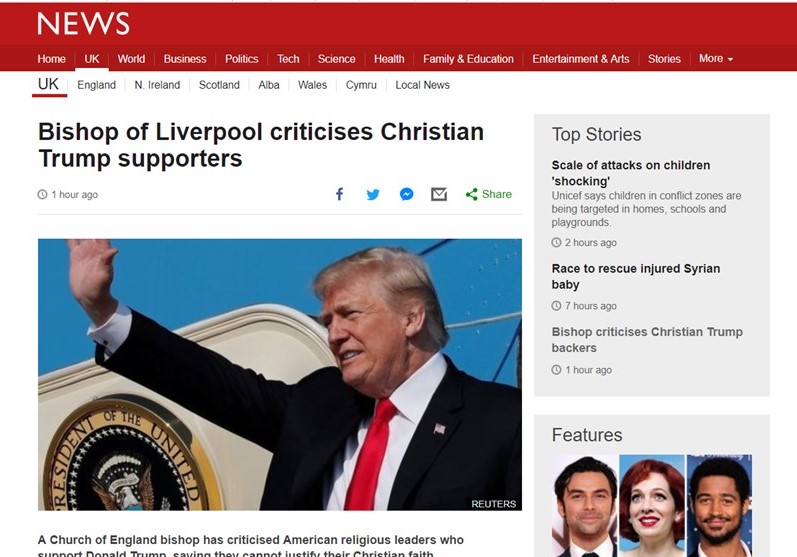 Christian Today were the first to cover the charity in detail, focusing on why it had been set up and the range of people involved.

“Evangelical support for Trump is not justified, says Bishop of Liverpool” – Church Times

Church of England bishop hits out at Trump-backing evangelicals as he calls for LGBT-inclusive Christianity – Pink News gives arguably the best coverage of the launch of the foundation and what it has been set up to achieve.

UK bishop: US evangelicals ‘uncritically accepting’ of positions taken by Trump – The Hill