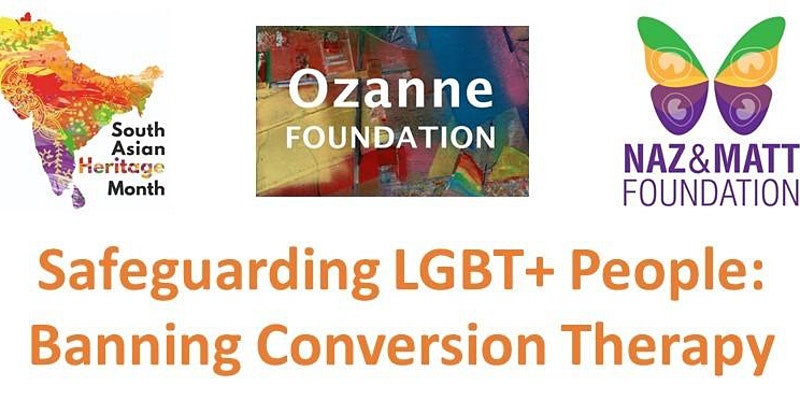 Together with our partner organisation The Naz and Matt Foundation, The Ozanne Foundation hosted the Safeguarding LGBT+ People: Banning Conversion Therapy event for South Asian Heritage Month in July 2021. EMBARGOED UNTIL 1930 ON WEDNESDAY 20TH FEBRUARY 2019 SURVEY HIGHLIGHTS REPORTS OF SIGNIFICANT HARM EXPERIENCED BY LGBQ+ CHILDREN OF FAITH WHO ARE SUBJECT TO “CONVERSION THERAPY” The 2018 National Faith & Sexuality Survey has revealed the high level of mental health issues reported amongst people who have attempted changing their sexual orientation, with many sharing […]

An influential group of multifaith representatives is to examine the role religious belief has on people’s understanding and acceptance of their sexual orientation in the UK.  Working alongside Humanists UK their survey aims to unearth the types of practice that are still prevalent in the UK and the impact that this has on an individual’s […]